I've been going through my photo archives again, always such a task when you've taken a million photos like I have, I could be exaggerating on the number, haha, lets just say A LOT of photos.

The fun part of course is stumbling upon old gems, like this one of Eli and Scully from October of 2010. I'm not exactly sure where this was taken but if I had to venture a guess I would say Gabriel Park in SW Portland. We used to take Scully on walks there a lot (we lived not too far from the park) and also to play in the dog park they have there, which is pretty nice. :) 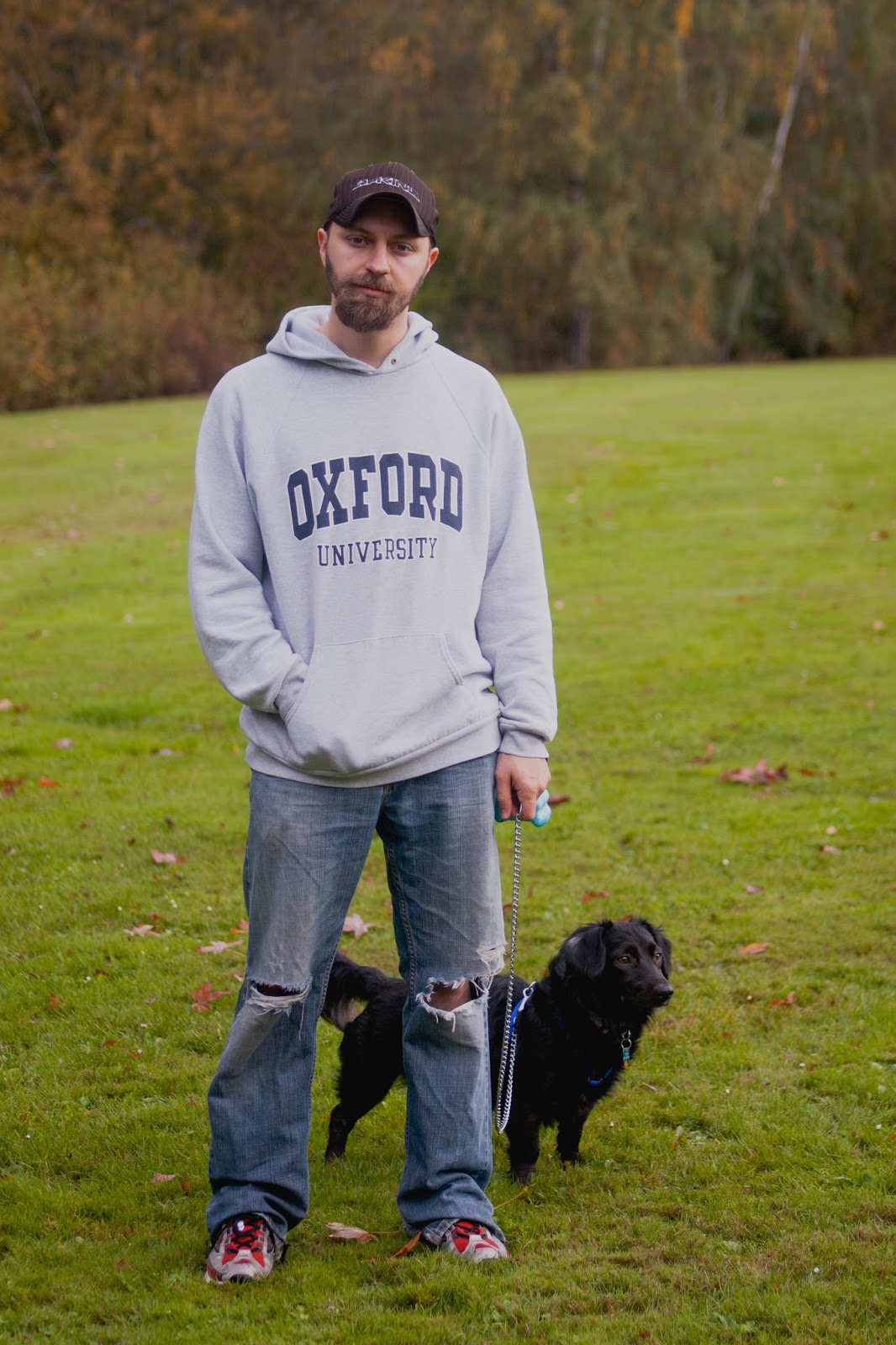