I think I might be crazy, but I've signed on to run the Hood to Coast in August. I just now ran a 14 minute mile, which is kind of sad because most people can probably walk a 14 minute mile, but you gotta start somewhere. I was on the cross country team in high school, so it's hilarious to think that my high school self would be running in circles around me if she were here now, hehe! I hope to at least close that gap a bit, shooting for at least a sub 10 minute mile by August. We'll see! My more short term goal is to be running the 10k distance by my birthday in April.

Here are the rest of my goals for this year. Some I came up with on my own, some I stole from other people's goal lists because I thought they were a good idea, haha! 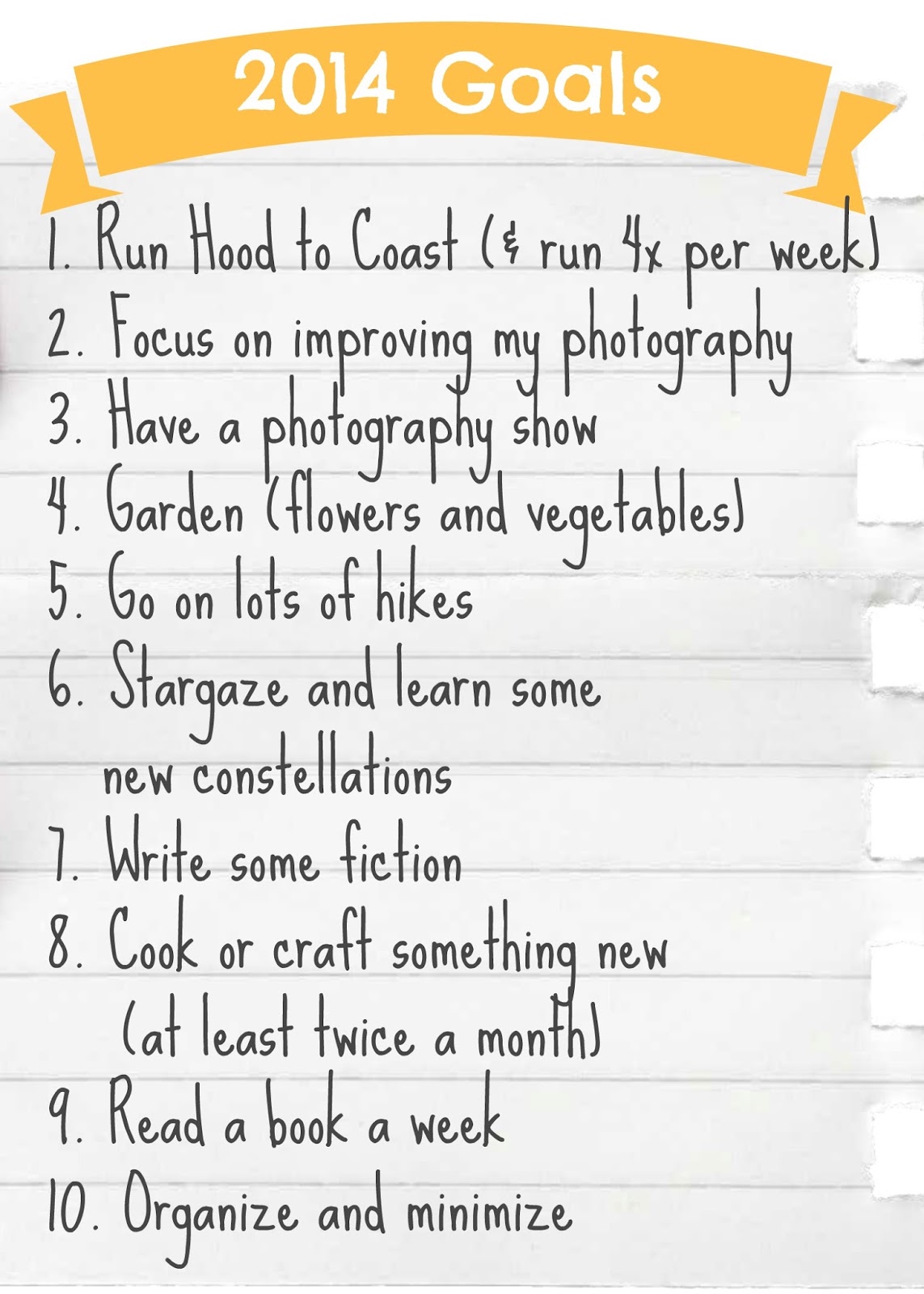 Do you have any goals for the new year? Anyone else planning on doing something totally crazy? I hope so! 2014 has a lot of potential! :)
Posted by Camille at 7:39 PM