I discovered this band after watching an episode of the Walking Dead (so yeah, I'm not cool enough to have been into them before they were popular). I had to pause the episode and quickly look up the song online to find out who it was, it was so captivating. Then I watched that part of the episode like three times in a row, lol. That song was Civillian, which is probably still my favorite song of theirs. In fact, I think I just better make a list of my top five favorite Wye Oak songs. Here they are:
5. We Were Wealth
4. If Children Were Wishes
3. For Prayer
2. I Hope You Die
1. Civillian
They also do a really rad cover of Danzig's song Mother. So good. Definitely one of those bands where I was like "How have I never heard of this band before, they're so up my alley it's ridiculous!"

I'm also really loving this yogurt. Ridiculous for me to post about a yogurt, but dudes, it's so good! 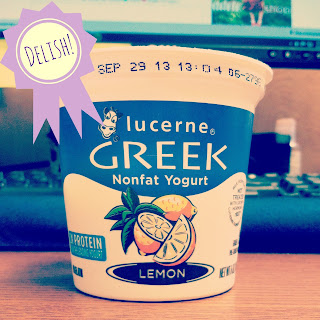