Yay for the internets!

Got my internets hooked up today. Yay. Get ready y'all. It may seem like I've been slacking with the blogging and the myspacing and the facebooking and all that other stuff, but I'm back baby. Boo yeah!
Posted by Camille at 1:56 PM No comments: Links to this post

Email ThisBlogThis!Share to TwitterShare to FacebookShare to Pinterest
Labels: blogging

See, this is what happens if you hang out with me too much. I take your picture a lot. :)

News headline of the day

Boo yeah! I just watched the Mummy 3, which featured some yeti's, so this "news" article is really topical for me at the moment. Good times.

Posted by Camille at 11:14 AM No comments: Links to this post

I'm getting the travel bug looking through all these photos from Scotland. I'm saving up all my spare change from tips at work for my next travel adventure. Which could be a long time from now. Quarters aren't worth what they used to be.

I was looking back through my flickr account, I like to trim it down every once in a while when it gets large, and I came across this photo. I really like it. My sister and my car, up in the mountains. June was a good month for me, photo wise. For more June photos check out this set:
http://www.flickr.com/photos/cleartrampoline/sets/72157605397041711/ 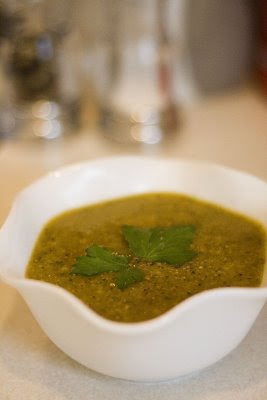 Today has been a pretty lazy day for me, but I thought I would blog about my lunch. I remembered that I had bought a random array of things last week when I made curry, and had many left over ingredients which I thought would lend themselves nicely to some soup. Isn't soup just the best? Espeically this time of year. Ordinarily I wouldn't have pureed it, but I was inspired by all the terrific soups the chef and souschef at Sydney's make so I decided to give it a whirl (get it, a whirl? You know, like in the blender!).
Camille's Left Over Veggie
Pureed Vegetable Soup 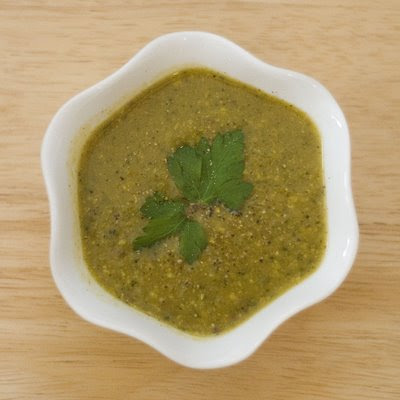 1 onion, chopped
2 cloves of garlic
A couple tablespoons of Olive Oil
4 small potatoes, cut into chunks (I boiled them for 10 minutes so they would cook faster in the soup)
3 or 4 carrots chopped
3 cups of broccoli, chopped
3 cups of kale, chopped
8 cups vegetable broth
1 can of chopped tomatoes, drained
1 can of corn, drained
parsley
salt
pepper
So first thing, get a big pot, throw in the olive oil, onions, garlic and few pinches of salt over medium heat until the onions are translucentish, like 5 minutes or so.
Then, add your cooked potatoes, carrots, broccoli and kale, and cook that for about 5 minutes more. Next, add your vegetable broth, heat to boiling, and then reduce to simmer. Let that simmer for like 20 minutes, or until the veggies are nice and cooked up. Now add your can of tomatoes and corn. I used canned simply because that was what I had, but if you have freshies, you could probably use those, but that canned veggies work just fine here. Let that simmer another 5 minutes or 10 minutes, and then using a blender or food processor, puree. I found that it was easy to spoon the soup into the blender with a ladle, blend, and repeat until I got all of the soup pureed, since I don't have a food processor or blender large enough to handle the entire soup at once. Now you can return your soup to the pot, and serve it with a garnish of pepper and parsley to taste (I accidentally bought flat leaf parsley last week instead of cilantro so I had some around, but if you don't you could use dried).
And that's pretty much it. Yay. I think I just literally wrote my first recipe. :) I've done a lot of recipes, but this is the first time I've written one down.
In other news I just got a call from the apartment manager and we are approved for our apartment. Boo yeah! We can move in tomorrow. I'm so excited. Good times.
Posted by Camille at 1:25 PM 1 comment: Links to this post

No word yet on whether my cousin and I got the apartment we applied for. I hope we hear soon. It is the raddest apartment ever. Two bathrooms, huge windows, green walls, large living room. It's amazing. I can't wait to get settled in and feel like I have a home again. I haven't really felt like home since I moved out of the house on 8th near Powell, which was a long time ago.

I really should be doing something productive today with my day off, but I think I'm going to end up playing the sims 2 and reading for most of the day. I just started The Road, by Cormac McCarthy, and although I'm only 30 odd pages in I'm super into it. I love love love the writing style. Based on the first 32 pages I'm recommending it to all y'all.
Posted by Camille at 10:34 AM No comments: Links to this post

So I was all excited about something that I was going to blog about, and since my compweeter is so slow and took forever to open this page and let me begin typing in this here box I have forgotten what it was I wanted to blog about in the first place. Arg! And to think I've doubled the amount of ram that I had before, thanks to this one dude I know who works at a mac store. How did people ever get anything done with so little ram?
Posted by Camille at 3:35 PM No comments: Links to this post

Email ThisBlogThis!Share to TwitterShare to FacebookShare to Pinterest
Labels: computers

I took this picture of Eli the other day, and I was like, hey, this is a good one, and he was all like, let me see, and I showed him, and then he was all like, yeah, it's ok, but it's off centered. And I'm like, uh, duh, I did that on purpose. Not really a riveting story but a story non-the-less. See, I see things differently through that little viewfinder. Things don't have to be centered y'all. Off center is good. Better. Maybe even best.

OMG I haven't posted in a while

Is it just me or is blogger being a total bee-yotch lately? I've had problems getting on this website quite a few times recently. Blah.

Anyway... so yesterday I played this rad game called Ticket To Ride. Board games are da bomb y'all! Although I need to work on my board game skills, I totally got last place. Four out of four. Poor. It was still super fun. I'm not really that competitive. Mainly because I'm not really super good at anything... I need to find something that I'm good at and totally rule and then school everyone I know. That would be awesome.

Also, Eli and I have been watching mucho MST3K lately. I'm talking like, almost one a day. See, Eli has this machine thing called a compweeter, and it sends secret MST3K messages to this other machine called an xbox 360, or maybe it called something else, like a wii, or like a playstation, who the hell knows, but anyway that machine sends secret MST3K messages to the television, and then we watch it and laugh and laugh and laugh. It's awesome. Yesterday we watched that one where the dude has some stone and then has to go to some other dude's place and then there is this girl who dies but she has a twin sister, I mean, convoluted hilarious stuff. Really.
Posted by Camille at 8:49 PM 1 comment: Links to this post

I'm bored and tired of looking for an apartment and it's like my Friday (only more like Saturday since I have one day off) and it kind of sucks because for the rest of the world it's like Tuesday, you know, which is like boring. Ugh.

Mulder is so jaded in this episode of the X Files season 5 that I'm watching, which is just adding to my whole discouraged feeling today. Grr.

And I was in such a good mood this morning. What a difference a day makes. Quick, what's gonna cheer me up? Mayhap an episode of Gilmore Girls? Or a bottle of Pinot? Or hanging out with a friend? Petting a kitten? Going to the mall?
Posted by Camille at 6:56 PM No comments: Links to this post

What's with that half smile huh?

Anyone checked out that semi-recent itunes new feature genius? I kinda like it. You have a song selected, and press the genius button and it makes a mix based on the song and what it sounds like and who knows what. It's pretty rad. Darn computers are getting so smart these days. What'll they think of next?
Posted by Camille at 3:00 PM No comments: Links to this post

Uploaded some new pics to flickr. Check 'em out y'all.

Posted by Camille at 2:32 PM No comments:

Anybody watch Supernatural tonight? Oh, right. You were too busy watching boring stuff like the VP debates and whatnot. But yeah. Supernatural was good. Got some nice back story on the ol' Winchester family. Pretty exciting stuff.

In other news, I've been catching up on some of Battlestar Galactica season 4, which has been super fun. That show is sooooooo rad. It makes me crazy. I can't wait to see how it all ends. That crazy gal who is the presidents assistant, Tori, dang. She is one of those characters you just love to hate. So terrible. I can't believe she killed Cally. Crazy man. She is one nutty cylon.

So I used to have the weekends off, and now I have Tuesday and Wednesday off, which is kind of hard to get use to. It's strange. Monday is my Friday.


Dude, it's October already. WTF?
Posted by Camille at 10:00 PM No comments: Links to this post

My brother Zack at my cousin Lindsey's wedding. He was part of the wedding party and had to wear a suit. He didn't even dress this nice for his own wedding. Probably the cleanest you'll ever see him look. Good thing we got lots of pictures. :)