Dang. I was going to embed a Justin Timberlake video from youtube on here, but apparently he's too cool to let people blog his videos. Lame. I really wanted to share Lovestoned/I think she knows Interlude with y'all. Thwarted. That's a good word... thwarted. I likey. Anyway I've said it before and I'll say it again, he's like the new Michael Jackson. I know, not an original thought. But one I can get behind. I was cracking up when I saw this picture of him: 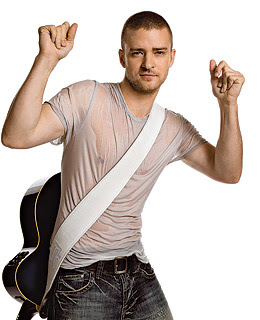