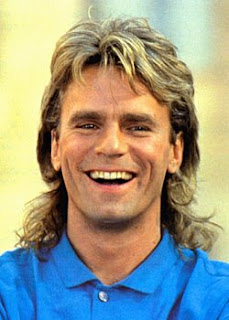 so i love netflix. i'm sure i've discussed this before. but i gotta bone to pick, so i'm gonna bitch for a few minutes. but keep in mind that 99% of the time i totally love it. ok. here comes the bile.

so i'm watching stargate sg1 season 1. kinda-i-mean-totally geeky. not the point. so one of the discs had to ship from california last time, and it took like an extra couple days to get here. i was like, eh, that sucks, but hey, whatev, i'll deal, i just wanna watch a little richard dean anderson sci-fi. so i watch it, shoot it back, and the next disc in line ships from even farther away, denver. i'm ticked. i mean, a movie i should have got on tuesday is predicted to get to me on saturday, which, its like, dang i would have rather just had the next movie in my queue, you know? who's got time for that shit. so, it doesn't even get here on saturday. it gets here today. so dang, that sucked, it took forever, whatever, its monday, and i have something to watch after work, boo yeah. so i make me some din-din (a nice little split pea and some cheesy bread, yum) and i settle down, and pop in the disc, and woah, wtf? it's disc 4 instead of disc 5.

SO, not only did it take forever, but its late, and the wrong disc, and at least if it was disc 6 i could watch it, but i just watched disc 4, granted over a week ago, but shit. pissed. so i call the ol netflix hotline, and the gal on the phone was very cordial, and promised to have the right disc ship tomorrow, as well as the next disc in my queue. nice gal. so i'm peeved but happy that i called because now i get an extra disc shipped to me for my troubles. boo yeah.
Posted by Camille at 7:27 PM