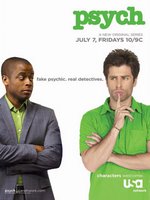 TV: Let's see, have I mentioned my new obsession with the show Prison Break? Cuz it's awesome. Also, I'm into this new show on the USA network called Psych, its funny and quirky and I love it. Check it out. You can download episodes of it on itunes.

Movies: Ok, I remember an old friend of mine from Idaho, Elton Kelly, mentioning this movie, All The Real Girls, like, two years ago. So, I got around to checking it out from the library this week, and I just gotta say it is like my new favorite movie. Beautiful, quirky, funny, sad, sweet. It really is beautiful. There aren't enough beautiful movies out there, you know? Speaking of good movies, I finally saw My Own Private Idaho, another really great film. If you haven't seen either one of those do yourself a favor and check them out.

Music: So I've been listening to the Arcade Fire lately, I'm always like years behind when it comes to hip bands these days, but these guys are good. I didn't like them when I first heard them, God knows why, I didn't like the Postal Service when I first heard them either, but then I got over being a total snob and got into the goodness. Anyways Arcade Fire is good, it hits a spot, you know? Anyway check out their album Funeral. It's cool.

And for a totally bizarre new thing: I just saw a new gap commercial with Audrey Hepburn in it and I about cried. It's one thing to get someone who is ubercool to be in a lame commercial, but it is quite another when they aren't even alive to say, hey, I don't want to be in a gap commercial. It's just criminal. That's all.
That's it for new things. Check ya later cyberspace.
Posted by Camille at 11:34 PM