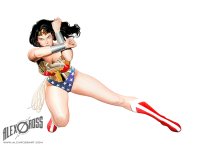 you need to shut it. no, seriously, i haven't had the internet for like a month. thus, times. and today i burned my fingers, on a burner after slipping in some water, lame story, although i would prefer if you told people that it was from touching lava. that sounds way cooler. i got two comments on my, i mean mayhaw's robert plant shirt. man, if he thinks he's ever getting it back, he's in for a hearty chuckle. or maybe i am. ha ha ha ha ha!
Posted by Camille at 11:54 PM No comments: